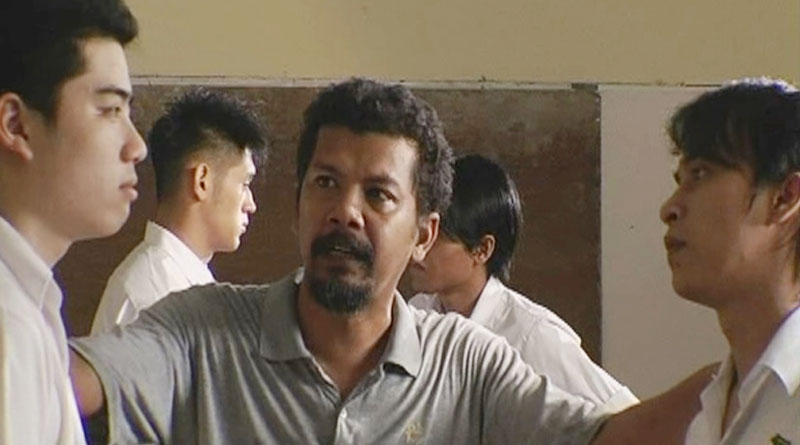 Gadoh follows two groups of secondary school students — one Malay gang, lead by Khairil (Mohd Zahiril Adzim) and the other one is a Chinese gang, lead by Heng (Nicholas Liew Davis) — in which both of them regularly looking for a fight because of their racial prejudice.

Because of their ugly situation, the school has been constantly subjected to bad publicity which immediately prompted the principal, Mr Chua (Chew Kin Wah) and his fellow teachers to find an immediate solution to rectify the problem as soon as possible. During the meeting, Ms Anne (Maya Arissa Tan Abdullah) suggests the school should organise a theatre club to put up a show. While the rest of the teachers are puzzled with her unconventional idea, Mr Chua finds her suggestion particularly inspiring because the establishment of a theatre club will benefit him to the politician from the Ministry of Education as well as gaining good publicity to the press.

So Anne enlisted the help of his former university classmate, Azman Hashim (Namron), a non-conformist theatre activist to train those particular delinquents.

Gadoh is banned for public screenings in local cinemas by FINAS (or “National Film Development Corporation Malaysia”, the central government agency for the local film industry) because of its taboo subject about racism. On several occasions, there are times where FINAS has employed the police force to shut down private screenings. However, Gadoh did end up premiering at the HELP University College Teaterrette on 22 May 2009.

I managed to chance upon this banned movie, which is available online for free and decided to watch it. First of all, I would like to applaud the Malaysian human rights organisation, KOMAS as well as the directing duo of Brenda Danker and Namron, for being daring enough to break the taboo within the confines of the Malaysian filmmaking system. No doubt Gadoh is a fascinating but heavily flawed local movie worth checking out for.

As a taboo subject that exploits the issue of racial prejudice, discrimination and hatred against each other, Gadoh is interesting enough to warrant for an attention. The screenplay, which is written by Namron and R.Cong, is well-intentioned. The dialogues are even realistic enough to include profanity (particularly in Cantonese languages) rarely seen in a locally-made movie (Mind you, this is clearly not for those viewers who are easily offended by the movie’s constant racial slurs between the Malays and the Chinese people).

But the best thing about this movie is how the filmmakers are daring and clear enough to depict the flawed educational system that it’s not just the bad students are taking the biggest blame. For a 70-minute movie, Gadoh is also well-paced enough to keep me hooked all the time, thanks to the fairly crisp direction by Brenda Danker and Namron.

The actors, all mostly unknowns, are surprisingly credible. Among the noteworthy ones are Namron and Mohd Zahiril Adzim, who both give exceptionally thoughtful performances for their respective roles.

The soundtrack is equally well-chosen, with particular standouts from Bin Jidan’s “Garisan Abstrak” (“Abstract Line”) as well as the song in the end credits, The A.C.A.B.’s “Angkasa (Space)”, which often accompanies the right mood for the movie.

But as good as this movie does, Gadoh, as mentioned earlier, is a heavily-flawed movie. Despite all the thoughtful intention, the filmmakers seem to be taking the easy way out on resolving the situation in the utmost convenient way especially how quick between the Malays and the Chinese students befriended each other in a matter of split-second after their involvement in theatre club.

The other gripe is how the Indian is literally depicted as minority race which is sadly neglected as a thankless character (as regretfully shown by Ryan Lee Bhaskaran in his strictly caricature-like role as Raj). For this matter alone, I would like to point out — is the filmmakers telling us that the Indian people are depicted as victims of circumstances? Plus, it’s kind of odd and unrealistic to see a secondary school where the Indian people are non-existent other than Raj character involved here. Because as far as I know, bad students don’t just occur in Malay and Chinese people but Indians as well. Had the filmmakers balanced the act properly, the entire situation would have been justified.

Despite most of the shortcomings, Gadoh remains highly recommended especially for those who are curious enough what Malaysian filmmakers can do to push the boundaries. It’s certainly better than most highly-publicised, big-budget local features that shown in the cinemas all the while. Which I would like to say, it’s kind of sad that Gadoh has failed to see the light of the day in local cinemas because it would have gained more attention as an effective wake-up call for the public awareness.

(For those who are interested to watch Gadoh online, you can find it here) 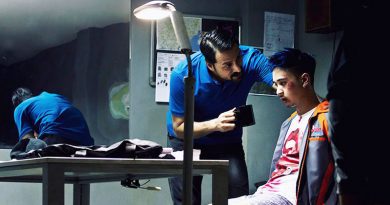 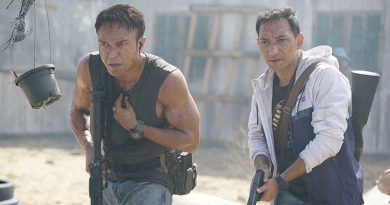