A lone hero, a team of terrorists led by a heavily-accented leader, a conspiracy and a tall building… that sounds familiar to you? If you are a film buff, you definitely know which movie I’m talking about here. And this is where writer and director Rawson Marshall Thurber aimed to achieve in Skyscraper: a Die Hard movie for today’s generation. With a dash of The Towering Inferno thrown into the mix.

Not to be confused with the other Skyscraper starring the late Anna Nicole Smith back in 1996, this big-budget action picture follows Will Sawyer (Dwayne Johnson), a former FBI Hostage Rescue Team leader who lost one of his legs after a botched rescue attempt. He now works as the head of security for The Pearl, Hong Kong’s and also the world’s tallest (fictional) skyscraper owned by Zhao Min-Zhi (Chin Han). 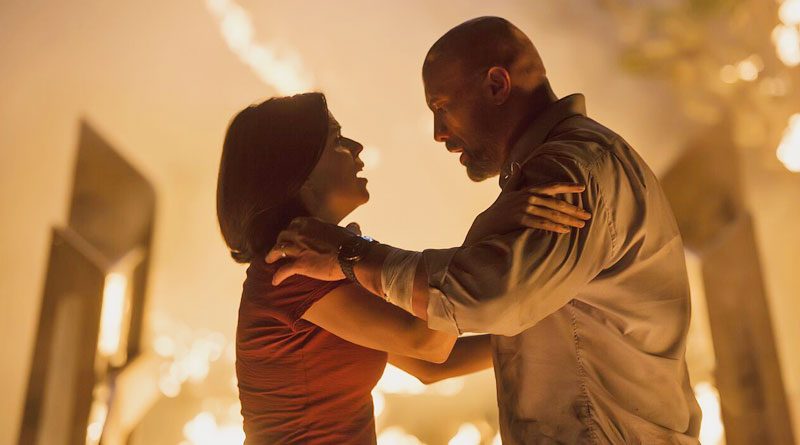 When a team of terrorists led by Kores Botha (Roland Møller) set The Pearl on fire, not only Sawyer ends up being framed for the attack but also finds out his family (Neve Campbell, McKenna Roberts and Noah Cottrell) is trapped inside the building as well.

On paper, Skyscraper sounds like a good idea for a summer movie blockbuster. It has a crowd-pleasing setup — Die Hard meets The Towering Inferno — and it has the biggest movie star in the world (Dwayne Johnson) playing the hero of the movie. Plus, it’s nice to see an old-school action movie like Skyscraper still has a place in the otherwise crowded summer movie season dominated by superhero franchise these days. Skyscraper definitely has the potential to emerge as one of the best action movies of the modern generation if done right.

Too bad Rawson Marshall Thurber botches that potential and instead turned Skyscraper into a scrap heap of clichés. You see, with a setting itself that takes place in a 240-storey skyscraper, there are plenty of incredible stunts and show-stopping set-pieces Thurber can choose to accomplish. 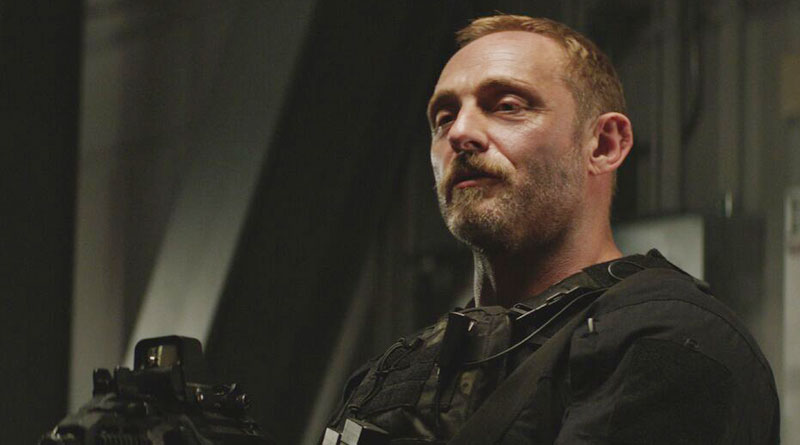 Sure, he does include the much-publicised action sequence where Sawyer took a risk by jumping off the crane and into a skyscraper. The jump is preposterous, of course. But this kind of action movie often requires us to suspend our disbelief and check our brains at the door. And yet, the aforementioned action sequence is curiously lacking that crucial cinematic flair and it doesn’t really raise a pulse (at least for me).

The other major set-piece where Sawyer attempts to climb out of the skyscraper and reach to the other side fares better by comparison, even though Thurber doesn’t exactly achieve that potential sense of a vertigo-inducing moment. For the record, he should learn a thing or two from Mission: Impossible – Ghost Protocol on how to shoot such a scene. Ironically enough, both Skyscraper and Mission: Impossible – Ghost Protocol are lensed by Robert Elswit. 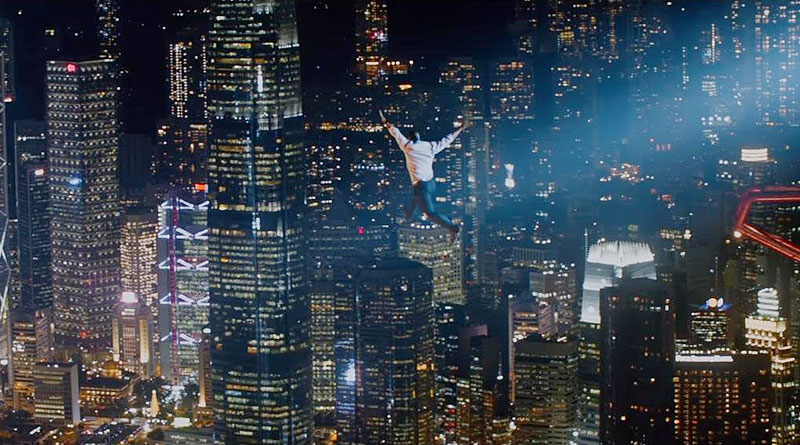 Blame it on the director. After all, this is Thurber’s first straightforward action movie after years of directing comedies (2004’s Dodgeball: A True Underdog Story, 2013’s We’re the Millers and 2016’s Central Intelligence) and his inexperience is evidently shown in Skyscraper. I hate to say but most of the action here, from a fistfight to large-scale stunts, is disappointingly average.

As for Dwayne Johnson, his undeniable charisma is the least saving grace in this otherwise banal action movie. Neve Campbell is a welcome sight after spending the last few years in television series like Grey’s Anatomy and House of Cards. How time flies since she used to play the main teenage protagonist in the Scream movies.

Too bad Roland Møller fails to make his antagonist role potentially memorable as Kores Botha. Thurber could have spent more time building a genuine personality on his character (look at how the late Alan Rickman made a lasting impression as Hans Gruber in Die Hard) than reducing him into a listless role. 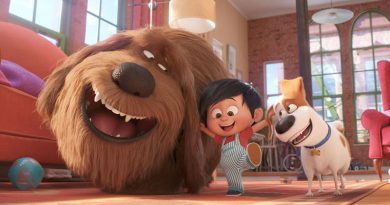 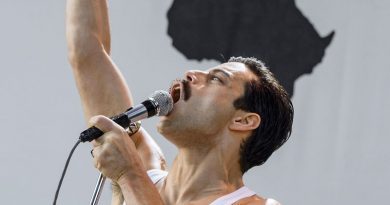